OTHER PARTNERS OF THE PARTNER

Mozambique is facing a period of rising temperatures caused by“El niño”, which is causing, for about two years, the almost total absence of rainfall in southern Mozambique and floods in the north of the country. This phenomenon is creating serious difficulties in a context in which agriculture is the main activity and the main economic source.

In the Mafuiane area, there is an old and malfunctioning system of agricultural collection and irrigation on about 200 hectares, built in the years between 1992 and 1994 by the Italian Ministry of Foreign Affairs. The intake work was built on the Umbeluzi River, with a lifting system consisting of five pumps (of which only one is still in operation thanks to the presence of the Regantes Association that has the management) which could distribute irrigated water to the fields of the area.

To develop an agro-food chain in the District of Namaacha integrated between the branches of the production, transformation and commercialization of the products on the local market of Maputo.

Achieve a stable and sustainable agricultural production system through the efficient modernization of the rural electro-mechanical irrigation system with high water productivity that ensures food security for the population in the current climate drought.

CO-FUNDING BODY FOR THE PROJECT 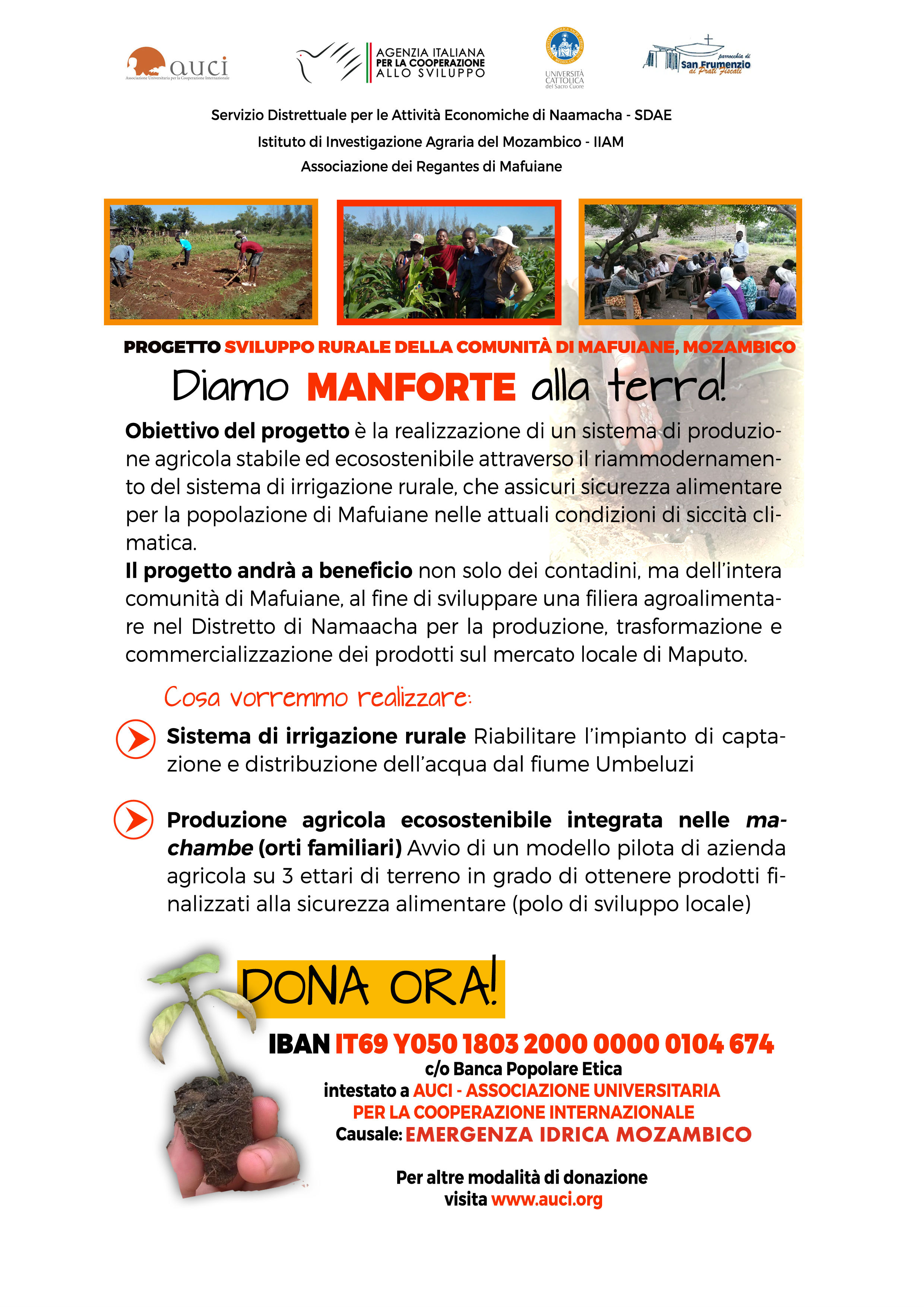